This site uses cookies and other similar technologies to provide you with a better overall user experience. By continuing to browse this site you are agreeing to our use of cookies as set out in our Cookie Policy 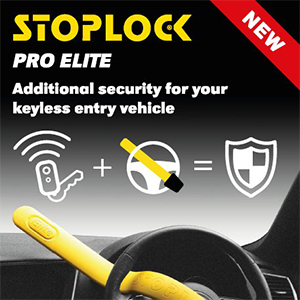 With vehicle crime being ranked the 4th biggest crime group* in the UK (behind robbery, burglary & antisocial behaviour), it’s no wonder that it often hits the press as a discussion point. Recently there are an increasing number of reports focusing on the rise of car crime, particularly in newer car models where keyless entry is a potential selling benefit.

The number of vehicles stolen in the UK has risen over 30% in just 3 years, with thieves becoming more technologically advanced enabling them to overcome anti-theft systems. As a result car owners are encouraged to invest in traditional security mechanisms, such as steering wheel locks as a visable theft deterrent.

Mark Godfrey, director of RAC Insurance, has recently commented that the increase in thefts was bad news for motorists because it caused car insurance premiums to rise, but also added that motorists could take certain steps to reduce the liklyhood of their vehicle being stolen; “Anti-theft devices such as steering wheel locks which were popular in the 1980s and early 1990s are starting to make a comeback as they are still a very effective visible deterrent. This is quite ironic as they were replaced a number of years ago by alarms and immobilisers, which until now, offered better theft prevention."